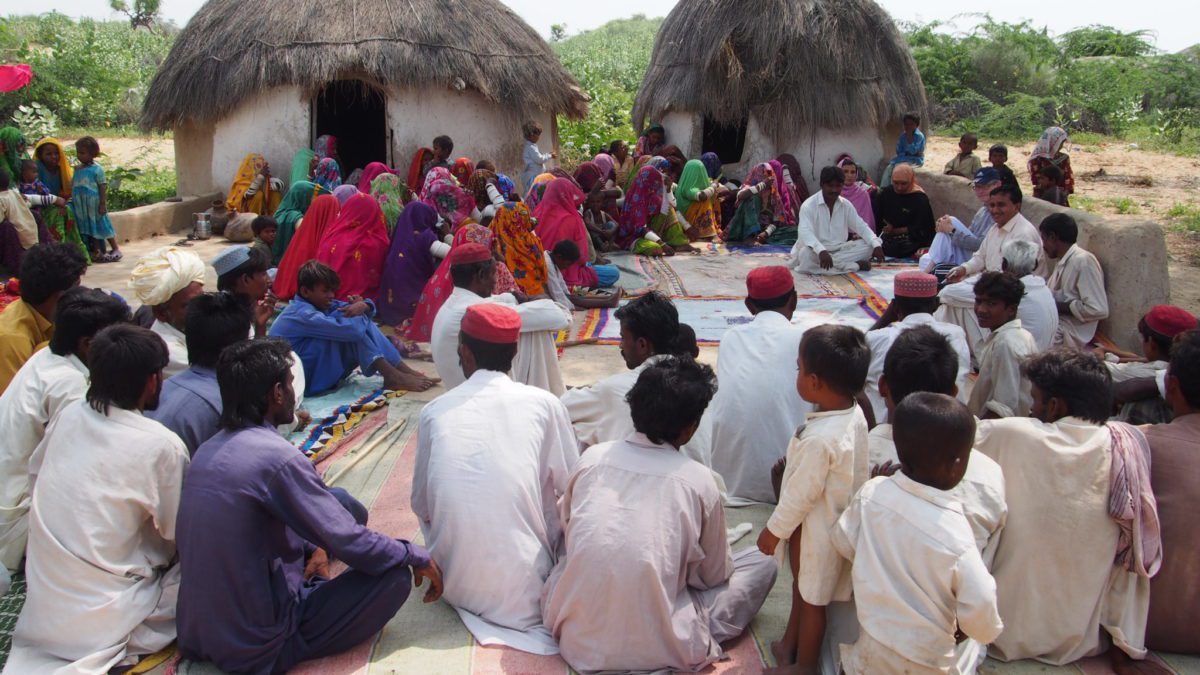 Over six years, more than 60 small communities in the Thar desert and Thar Parkar, Pakistan, organised themselves to campaign for better services.

With help from CED and the Participatory Village Development Programme (PVDP), they dug underground water storage tanks and developed community water resources. Few of them now need to make the difficult migration to irrigated areas in times of drought.

A second project continued the work with:

Who benefitted from the scheme?

The first project directly helped nearly half of the 10,000 most vulnerable people in 30 project villages with a total population of 39,000.

The second project helped women in 900 vulnerable households directly, with improved water security and healthier, more stable lives. They are now more resilient to drought, empowered with village committees, and don’t need to migrate so they can access better education.

Who did CED partner with?

What did it cost and who paid for it?

The first project was fully funded by a £145,300 grant from the Scottish Government.

The second project was jointly funded:

The sanitation pilot project was funded by CED, including donations from individuals, of £11,300.

Here is a video showing the work being carried out with PVDP in Thar Desert, Sindh. March 2012

In January 2011 two of our members visited. A short video of the trip can be seen below: